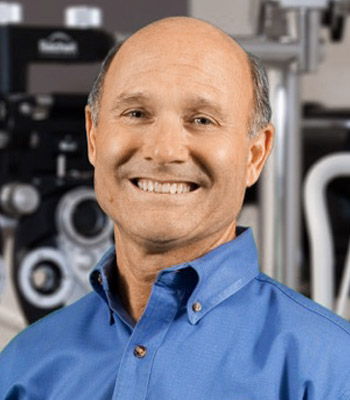 G. Peyton Neatrour, MD graduated from the University of Richmond and received his medical degree from the University of Virginia School of Medicine in Charlottesville, VA. Following an internship in Internal Medicine at St. Joseph Hospital in Denver, CO, Dr. Neatrour completed his residency in ophthalmology at Eastern Virginia Medical School in Norfolk, VA. Dr. Neatrour is an assistant professor at Eastern Virginia Medical School, a consulting physician to the University of Virginia School of Medicine, and a Fellow of the American Academy of Ophthalmology. A pioneer for LASIK in Coastal Virginia, Dr. Neatrour has performed over 25,000 LASIK and other vision correction procedures. He is regarded as a leader and innovator in bringing new technology to eastern Virginia, and with a prestigious membership in the Refractive Surgery Alliance, he remains on the forefront of refractive surgery. He introduced all laser Intralasik to Virginia in 2002 and Beach Eye Care is an early adopter of the advanced iFS Intralase technology. In addition, Dr. Neatrour and his team are the first in Virginia to offer SMILE®, the future of laser vision correction, to nearsighted patients. He is also a laser vision correction patient himself, having undergone LASIK in 1997 and PRK enhancements in 2007. He is known for his caring exam room style (bedside manner) and outstanding patient communication as the son of two college professors. Dr. Neatrour founded Beach Eye Care in 1991.